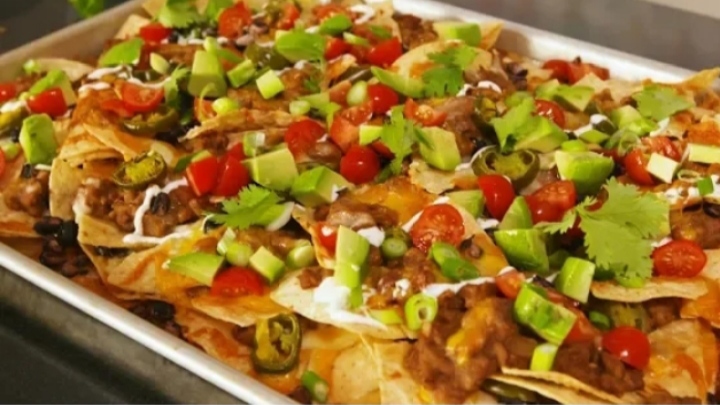 Preparation
1- preheat the oven to 200 degrees.
2-Then wash the coriander, tomatoes, peppers and lemon.
3-Chisel the leaves of the cilantro until filling a third of a cup.
4-Cut the tomatoes into cubes. Remove the seeds and centre.
5-Peel the ungnion as well as the garlic. Cut both into very small pieces.
6- Cut the peppers into strips and the lemon in half. In the case of the chilli, remove the seeds and the inner white parts.
7-Pour a few tablespoons of oil into a pan. Use this oil to fry the onion and garlic. Let them cook for a few minutes, until the onion pieces start to become a little transparent. Then put out the fire.
8-Place the chips on a large baking dish. Arrange them to cover the whole surface of the dish and not to overlap the chips.
9-Cover nachos with a uniform layer of grated or sliced cheese.
10-Sprinkle with pieces of cooked onion, chopped tomatoes and peppers.
11-Then sprinkle with salt and pepper and pour the beans over the nachos.
12-Bake the nachos for 7 minutes or until the cheese melts.
After removing the nachos from the oven, sprinkle with chopped cilantro and lemon juice. 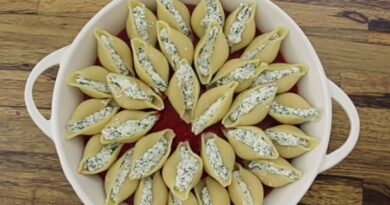 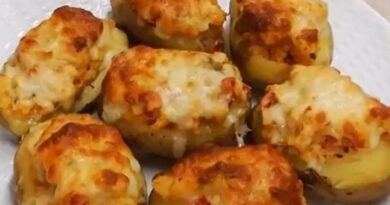 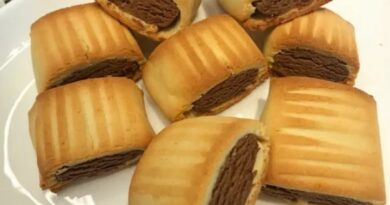